A collaboration between renowned British sculptor Richard Wilson RA and Zatorski + Zatorski, 1513: A Ships’ Opera was an astonishing water-borne performance for the river Thames, commissioned as the centrepiece of the 2013 Thames Festival. An armada of extraordinary historic vessels from the age of sail, steam and diesel performed in a live, moving, operatic concerto of ships’ steam whistles, bells, horns, hooters, sirens and cannon. 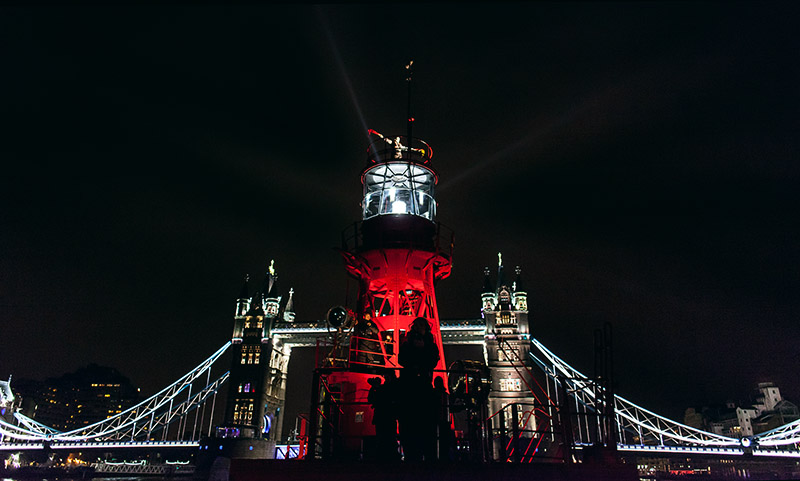 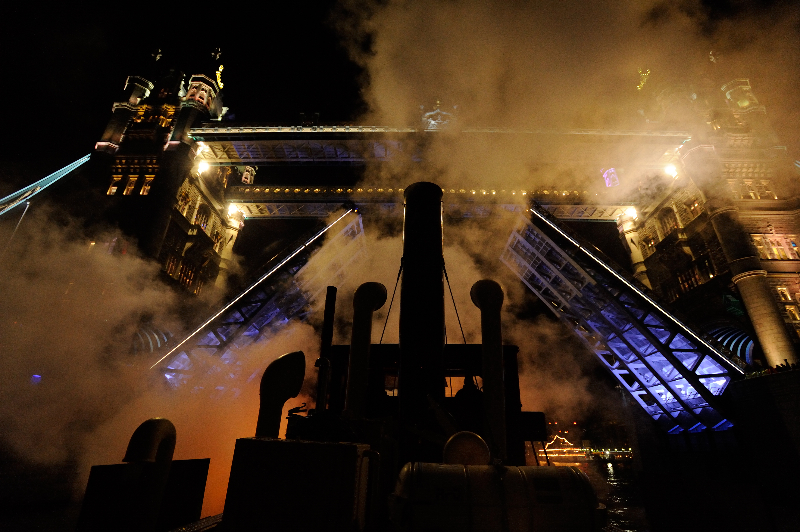 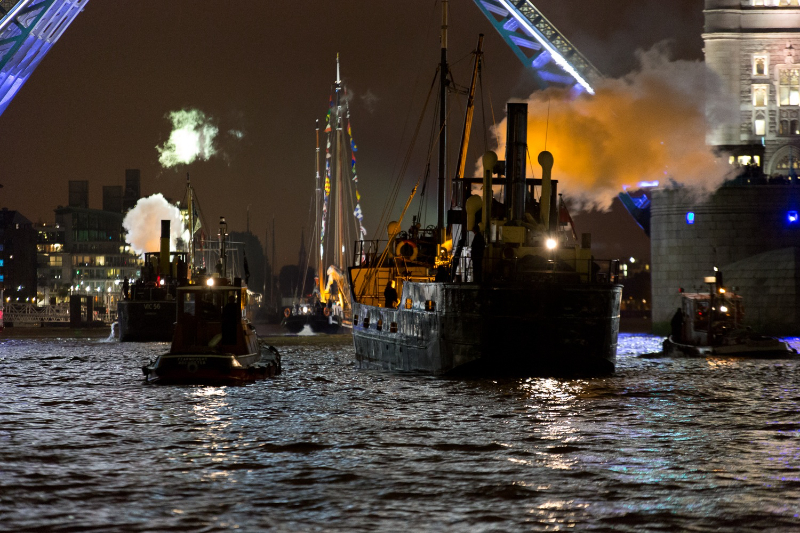 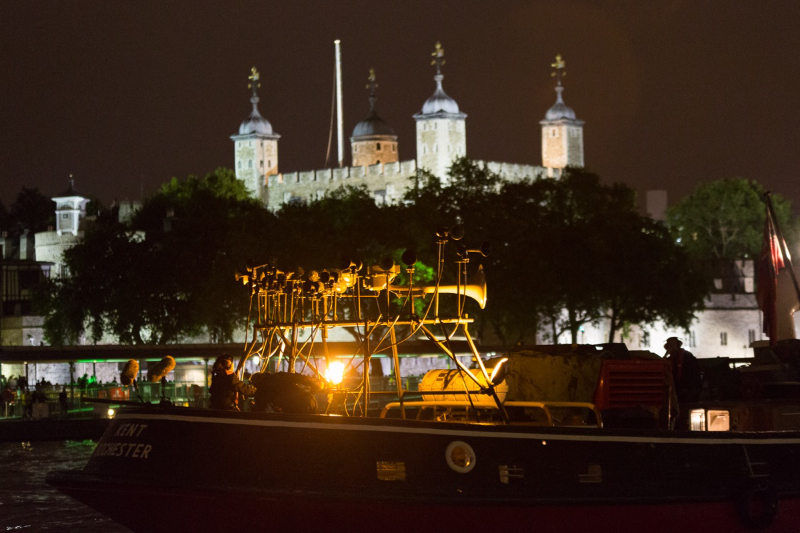 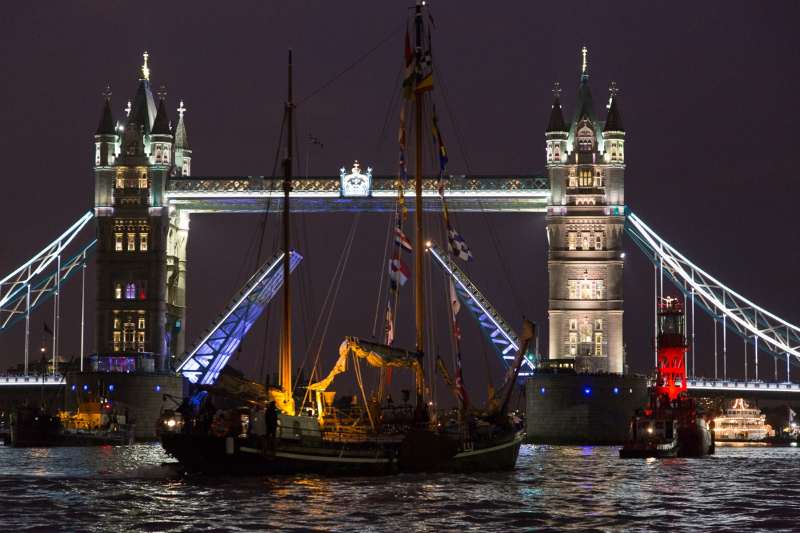 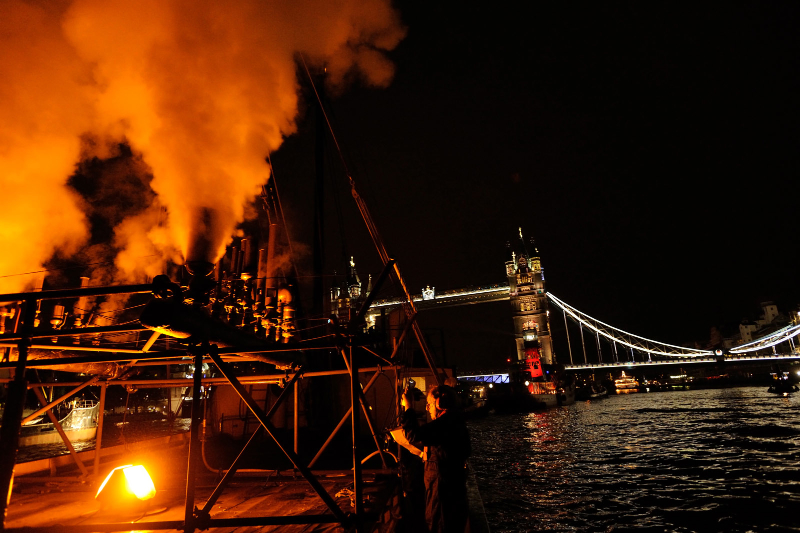 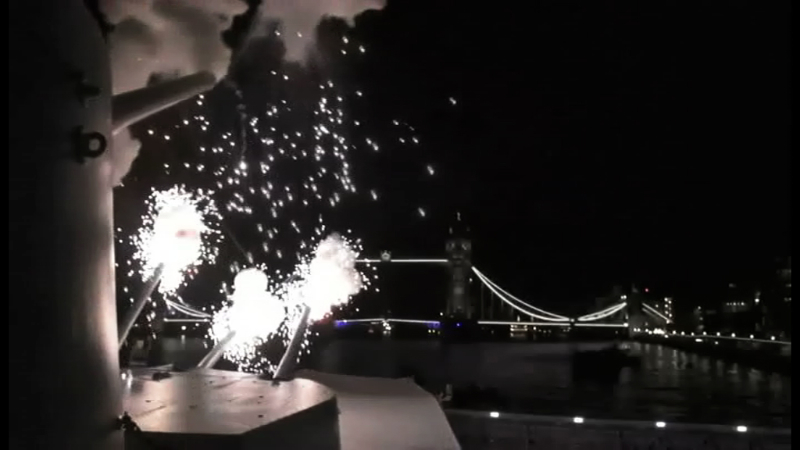 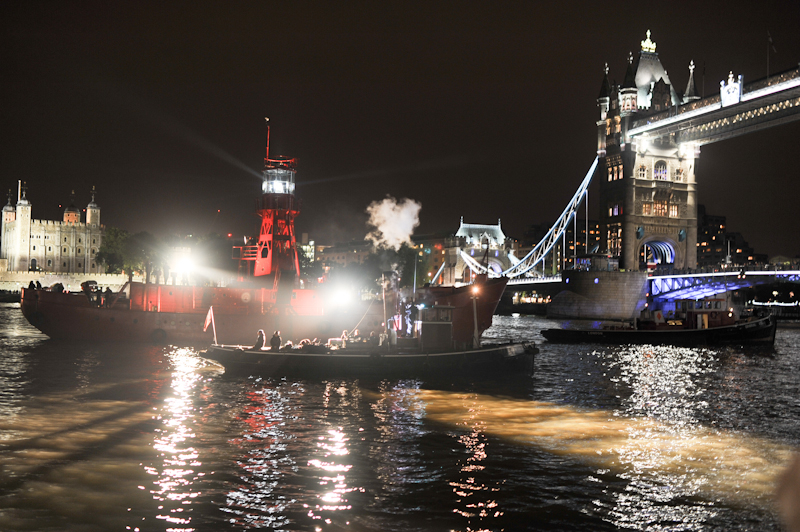 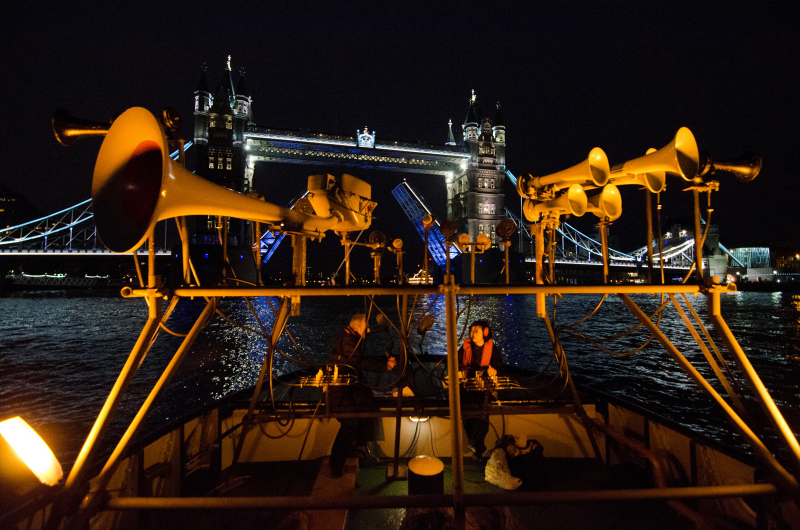 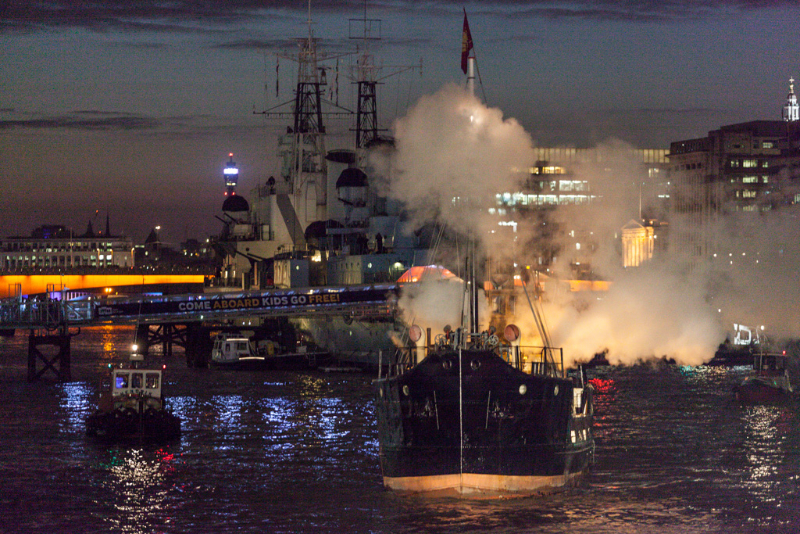 Richard Wilson and  Zatorski + Zatorski gathered 3 historic steam ships, 1 historic diesel tug, 2 trading Thames tugs, 1 battleship, a 19th century sailing ship, 1 Trinity lightship, an iconic bridge, 8 Trinity House bells and a large number of rare ships whistles, foghorns and hooters from the private collection of Rowland Humble, to form a maritime orchestra. Each ship had a cargo of lost voices, appropriate to its era and type: the steam ships have steam whistles, the diesel ships have air hooters, the sail ship has bells – each vessel modified to turn the very ship itself into a playable musical instrument.

On 14th September 2013 The first act of this balletic, symphonic maritime performance began at sea, at the very mouth of the Thames Estuary. A lone steam tug, the historic Barking, one of the last its kind in existence, made its way from Sea Reach, meeting with the other vessels for the the second act of the opera, performed against the backdrop of the Millennium Dome, to an audience at Trinity Buoy Wharf. The main act and culmination of the performance took place in the Upper Pool. As the bascules of Tower Bridge re-closed, the Trinity Light Vessel LV 95 swung her beam of light, illuminating the architecture old and new, from the Shard to the Tower of London.  The balletic dance of the ships was illuminated by ship’s searchlights, casting shadows of the vessels on the surrounding architecture. Plumes of coal smoke and steam painted the stage. Each ship was played by a renowned experimental musician and conducted with semaphore by the conductor Ansuman Biswas aloft the ship of light.

This was a unique opportunity for Londoners to hear an array of lost river voices, including some of the largest steam whistles in existence. They witnessed an extraordinary fleet of historic ships, modified to become marvellous instruments, in an operatic performance stretching 40 miles from the sea to the Pool of London. It was a breathtaking spectacle to educate and delight, celebrating the importance of London’s shared maritime past and present.