Based on the paintings of Turner, Whitstable Sounding was a site-specific, live, moving, symphonic maritime performance with ships, ships whistles, horns, sirens, search lights and flares for the Whitstable Biennale. A collaboration between Richard Wilson, RA and Zatorski + Zatorski. 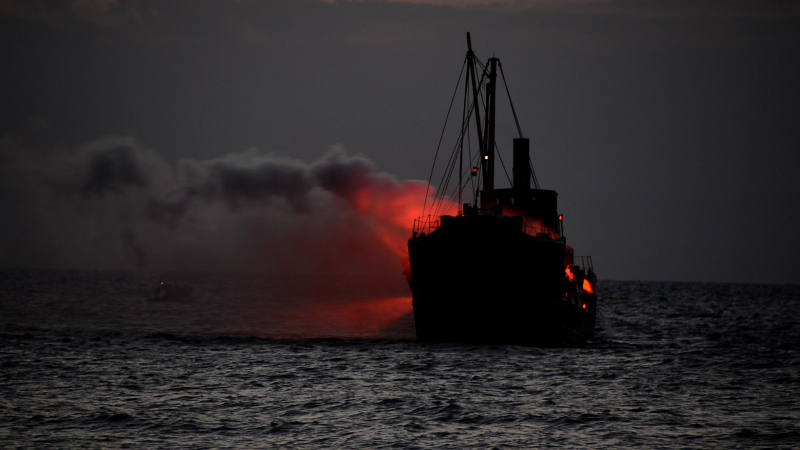 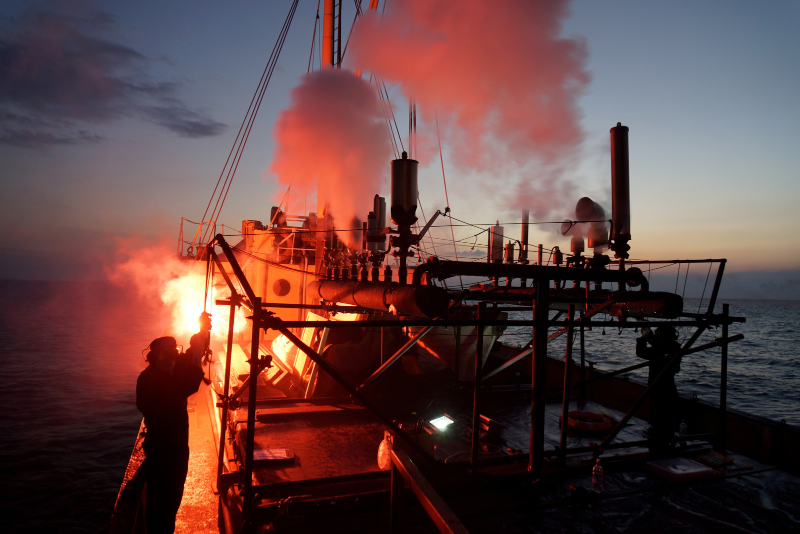 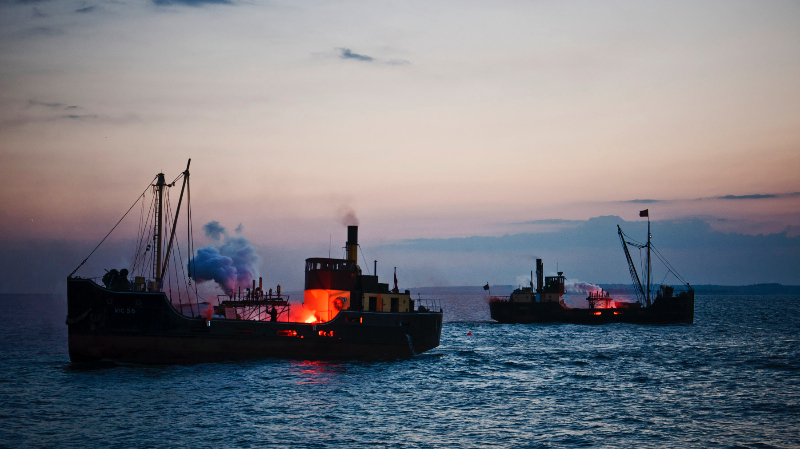 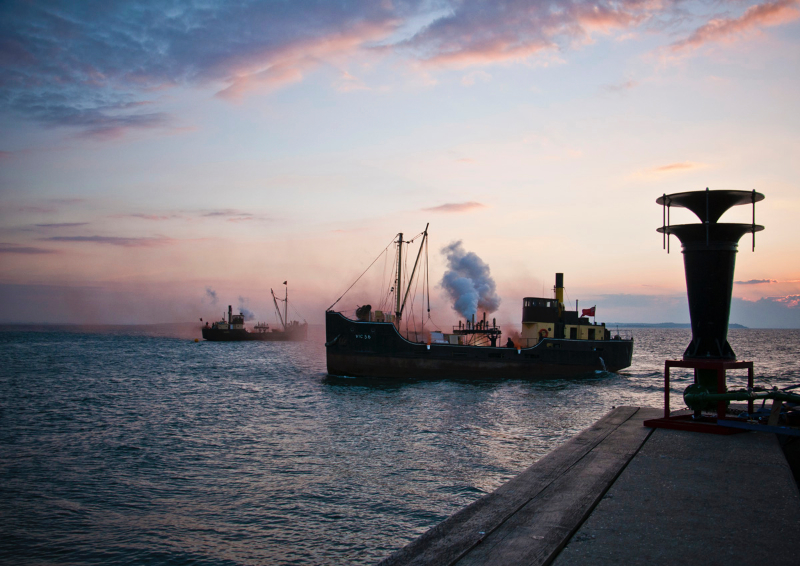 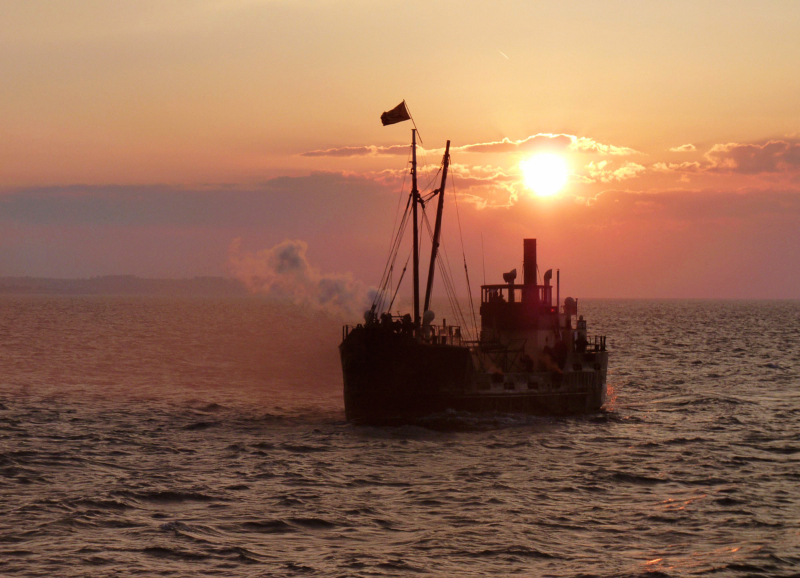 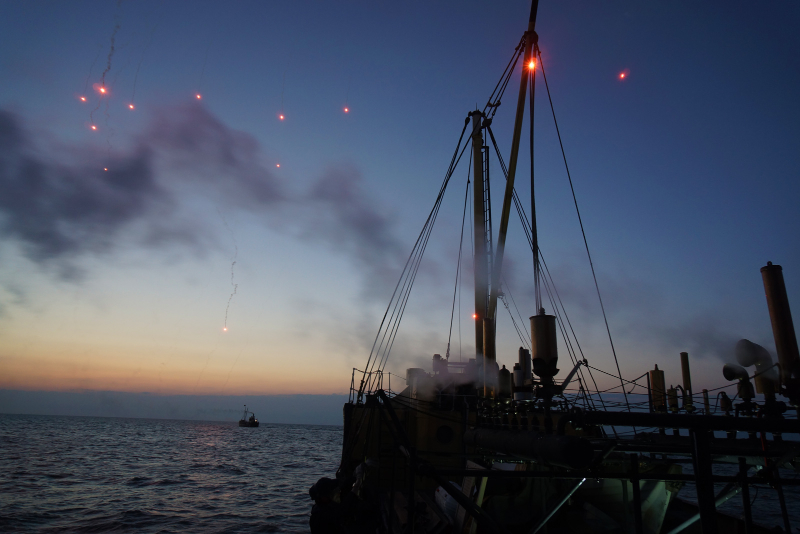 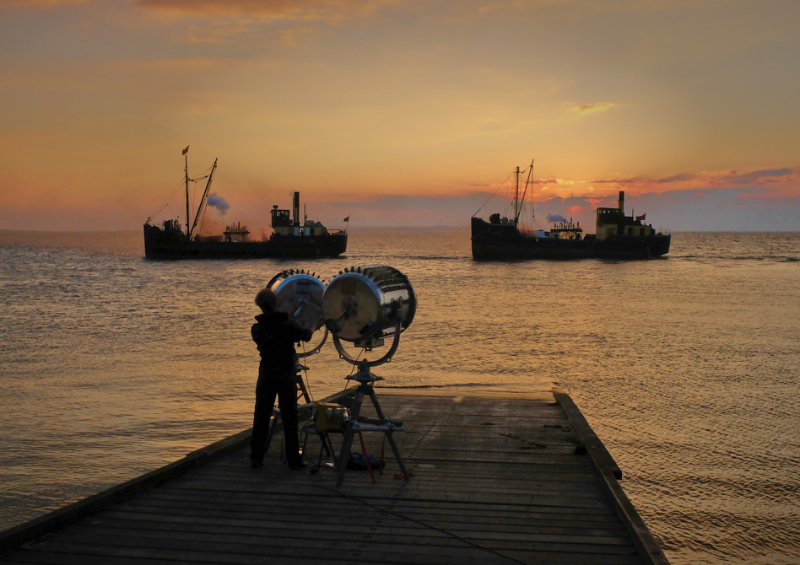 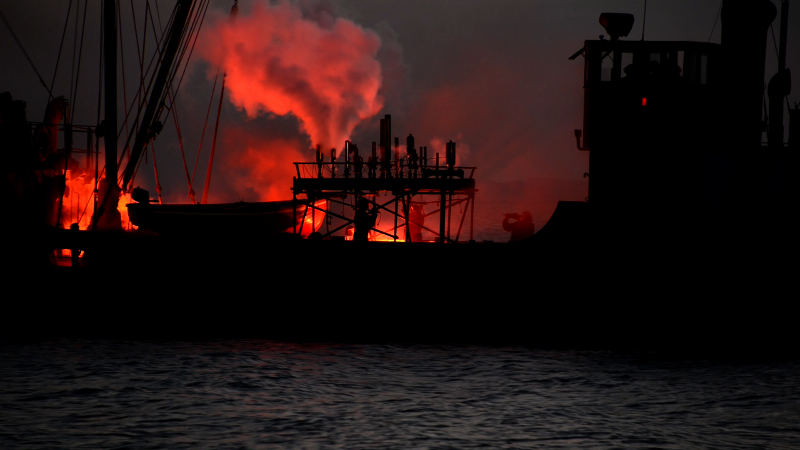 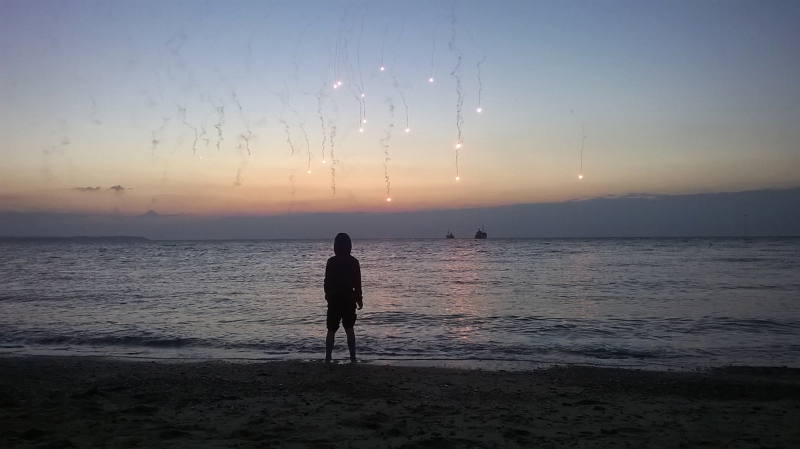 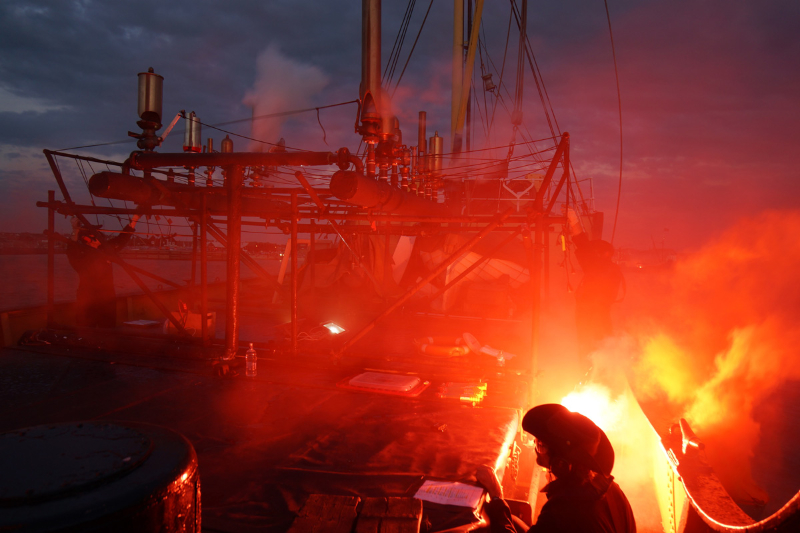 A brace of magnificent historic steam ships paint the sea scape with plumes of steam and coal smoke and illuminate with the flash of flare. The Turner-esque stage reverberates with the calls of the voices of long dead ships. A balletic dance and dialogue with the shore ensues. The vessels themselves are not carrying the instruments, they are the instruments: each with the collected vocal cords – or whistles – of ships of provenance, including from the SS Bretagne, HMS Ulster and the Rotherhithe Ferry.   Whitstable Sounding began in the last hour of light on the longest day of the year, set against the stunning backdrop of the famous Whitstable sunset,  performed on 21stJune 2014 as part of the Whitstable Biennale of Visual Art.