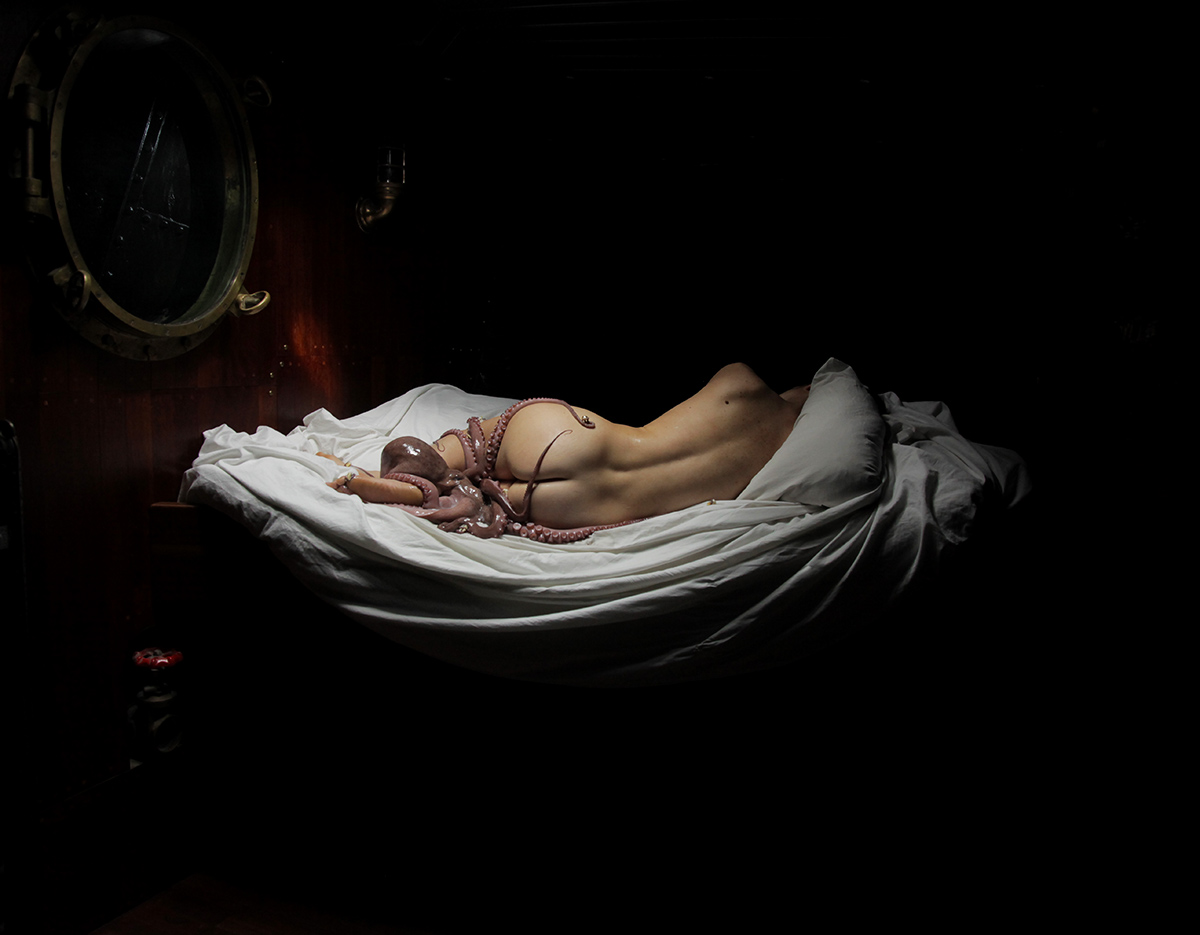 Zatorski + Zatorski are collaborative artists working in lens-based media, installation, sculpture, performance and drawing. They have exhibited widely, abroad and in the UK, including Tate Britain, Royal Academy, Whitechapel Gallery and the National Gallery of Scotland.

Much of their work is preoccupied with notions of mortality, belief and the soul. Drawing from the surrealist fascination with dreams and the unconscious mind, for their lens-based works the artists create carefully staged settings into which they juxtapose potent archetypal symbols or motifs and then observe as actions and ideas are left free to present themselves: the stories unscripted and narratives self–generating.

“We allow the unscripted participant or chance element to communicate, creating a door for the unconscious to enter the creative process. This allows a synthesis between our unconscious and conscious minds in order to manifest our hidden thoughts, anxieties, desires.”

Both graduates of Scottish art schools, Zatorski + Zatorski now live and work in London. In 2007 they first started The Salon from their Hoxton studio, an opportunity to break bread with artists, writers, musicians, scientists, performers, adventurers; a club where collaborations form and cultural innovators gather to feast upon new ideas. The Salon has now expanded to include live performance and presentations from leading experts in a wide range of fields. In 2008, Zatorski + Zatorski closed their London studio and left with a suitcase to travel mainland Europe in search of a ship. Interested in the symbolism of ship as representative of discovery, new life, adventure and a go-between from this world to the next, Zatorski + Zatorski decided to create a “living artwork” vessel. Returning in 2011 with De Walvisch, a 19th Century Dutch sailing ship, they began work on the De Walvisch project.

In 2013 Zatorski + Zatorski founded the not-for-profit production company and curatorial project The Cultureship. The Cultureship produces, commissions and curates high-impact artworks with a maritime context and is a cultural catalyst, that encourages inter-disciplinary collaboration and promotes engagement with our collective cultural and maritime history. As directors of The Cultureship, Zatorski + Zatorski led the production team to produce the major public performances 1513: A Ships’ Opera and Whitstable Sounding which they created as an artistic collaboration with Richard Wilson RA. Other Cultureship projects and commissions have included those by Hew Locke, Nikolaj Larsen, Doug Fishbone, Matt Stokes and Layla Curtis.